Anestis Stamatiadis and Ourania Savvaki got married in Odemisio of Smyrna and had a son, Stavros, in 1919. Anestis was a tobacco merchant who owned small tracts of land for growing crops and trees. When the Turkish army conquered the city, Anestis was captured and killed shortly afterwards, while Ourania and their young son managed to reach Smyrna and from there Piraeus and then Volos, along with her brother and her aunt. Dimitrios Valachis, a livestock farmer from Englezonisi, arrived in Volos with his brother, Giorgos, and hundreds of his compatriots. He was a widower. He met Ourania, they soon got married and had their daughter, Eleni, in 1931. The family moved to the refugee room of Dimitris Valachis, while Ourania’s refugee room on the commercial road known as ‘Fardy’ [‘wide’], became ‘The Flower Butcher Shop’. Today, a hundred years later, Dimitrios Valachis’ butcher shop is still open at the exact same spot on Eirinis Avenue in Fardy, run by Valachis’ great grandchildren, Stavros’ grandchildren.

Ourania Stamatiadou-Koutsogianni, the granddaughter of Ourania Stamatiadou and her namesake, is a retired educator and the president of the ‘Englezonisi’ Cultural Association of Asia Minor Greeks of Nea Ionia, Magnisia. For Ourania, her grandparents’ story, starting with their place of origin and then, their exodus and the new life they built in the refugee quarters of Nea Ionia, are not only her family past, but also constitute part of the larger history of Asia Minor Hellenism, the refugee movement of 1922, and the new refugee settlements which sprung up all over the country. She is overwhelmingly generous with stories of her family and the rest of the Englezonisi refugees. Along with her narratives, she has also keeps on display at the association’s offices the few household objects her ancestors brought with them. Two small vases, a silver tray and a silver flask engraved with the icon of Agios Georgios is all they managed to salvage. These objects are part of her family history, but also of the history of all other refugees. Ourania believes that their value lies in the objects’ ability to disseminate and preserve refugee history. 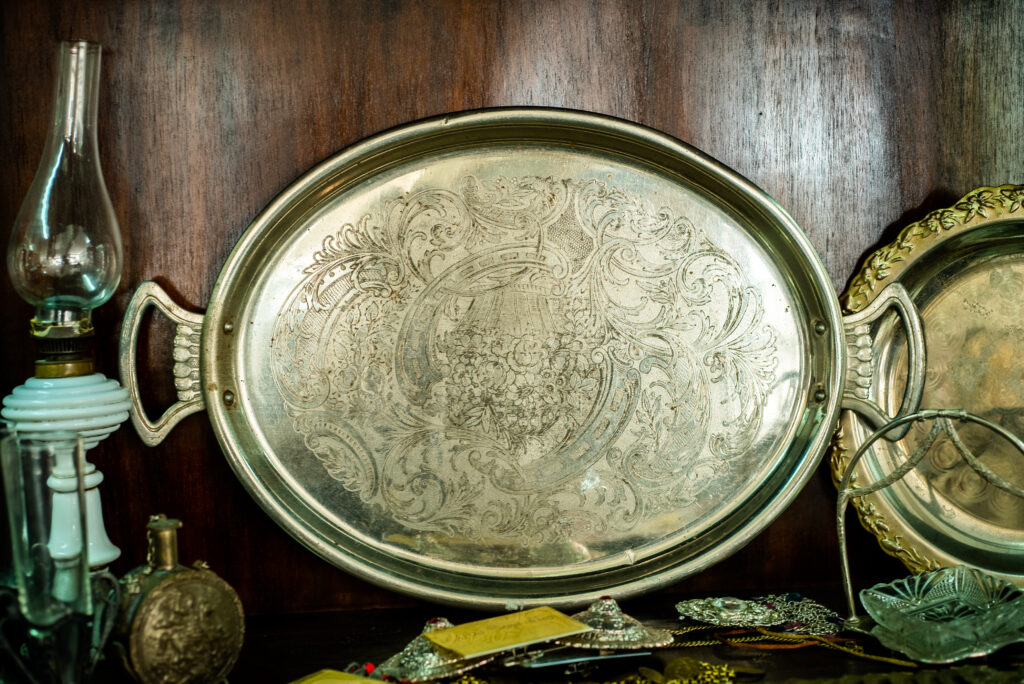 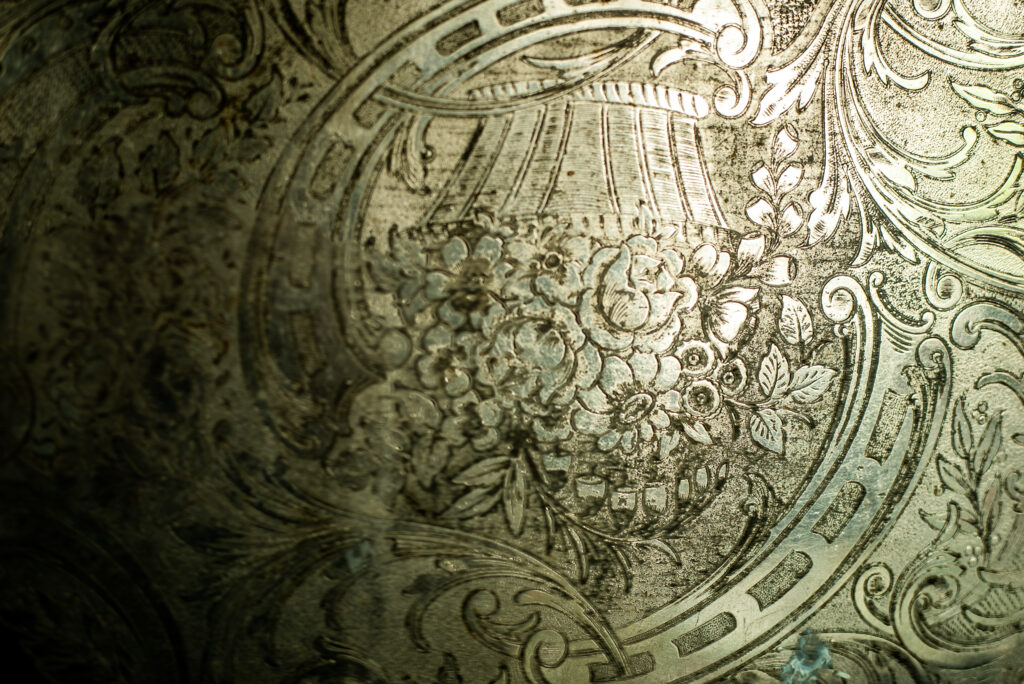 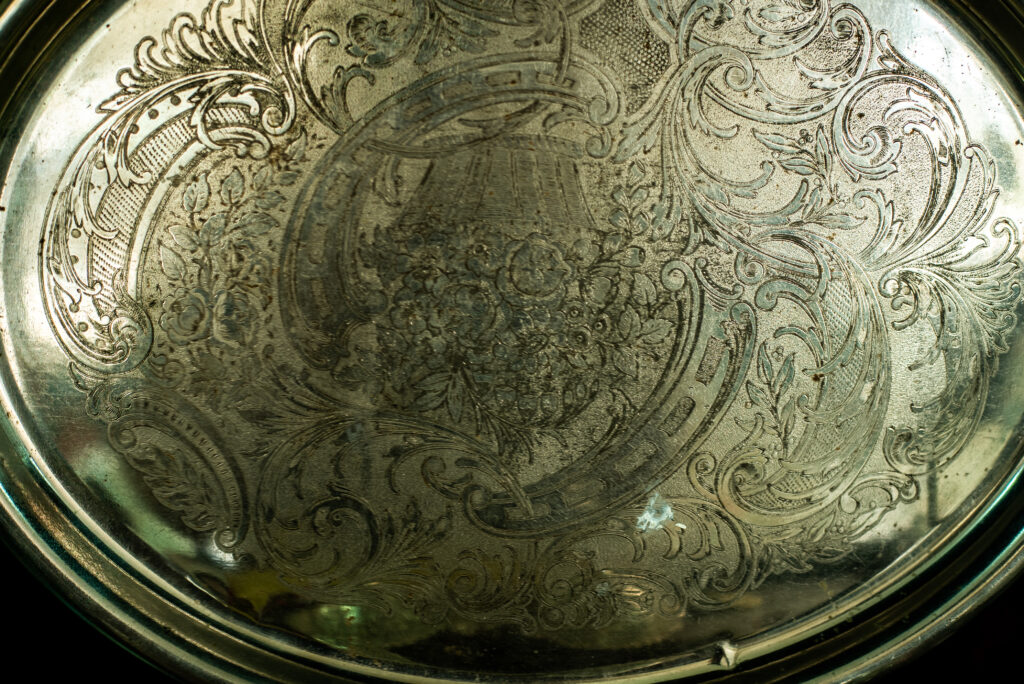