The porcelain china set and the fish served with mayonnaise

According to her documents, Kleio Kaltsa was born in 1923 in Edessa. However, some of her relatives claim that she was born in 1918 in Silyvria, Eastern Thrace. Her parents were Panaretos and Foteini who had four children in total. There was a 27-year age difference between Kleio and her oldest brother, earning Foteini the nickname ‘Sara’. Panaretos was a graduate of the Patriarchal Academy of Constantinople (The Great School of the Nation) and became treasurer of the local municipality when he came to Edessa. Kleio Kaltsa graduated from the 1st Secondary School for Girls in Thessaloniki and studied at the city’s pedagogical academy.

Dimitris Oikonomidis, son of Miltiadis and Eirini, was born in 1915 in Skopos, Eastern Thrace. His family settled in Neos Skopos in Serres. Despite his rural origins, he went to Thessaloniki to work and study Law.

While working at the Food Provision Service, Dimitris Oikonomidis met Kleio when she started working there, too. They fell in love and got married. The couple moved to Serres where Dimitris opened a law firm. In Serres, the couple led an active and extroverted social life. They often hosted dinner parties for friends, using a china set passed on to Kleio by her parents, as she was the youngest in the family and the last to leave the family home. At these dinner parties, fish soup was usually served in a soup bowl and the fish was served separately, deboned and accompanied by mayonnaise. The fish was painstakingly decorated with thin slices of pickled cucumber or carrot arranged like fish scales.

The set was made in Bavaria and bought by Panaretos in Constantinople. It was a gift for Foteini who wanted a china set so that she could throw dinner parties just like her friends. It is uniquely decorated with a chrysanthemum pattern, while most china sets of the time were adorned with roses. It was a 24-piece set, containing 24 deep plates, 24 flat plates, 24 small plates for fruit, a soup bowl, platters and accompanying serveware. It was one of the few possessions that Foteini chose to take with her when they left Silyvria for Greece.

The set was passed on to Foteini Oikonomidou – Botsiou, Kleio’s daughter and Foteini’s granddaughter, when she got married. She was the first of her three siblings to get married. She continued the tradition of throwing dinner parties and serving fish soup and ‘embroidered’ (decorated) fish with mayonnaise, a technique she learned watching her mother, using the same china set her foremothers used. She would happily announce to her guests: ‘It’s like my mum is throwing this dinner party for you’. 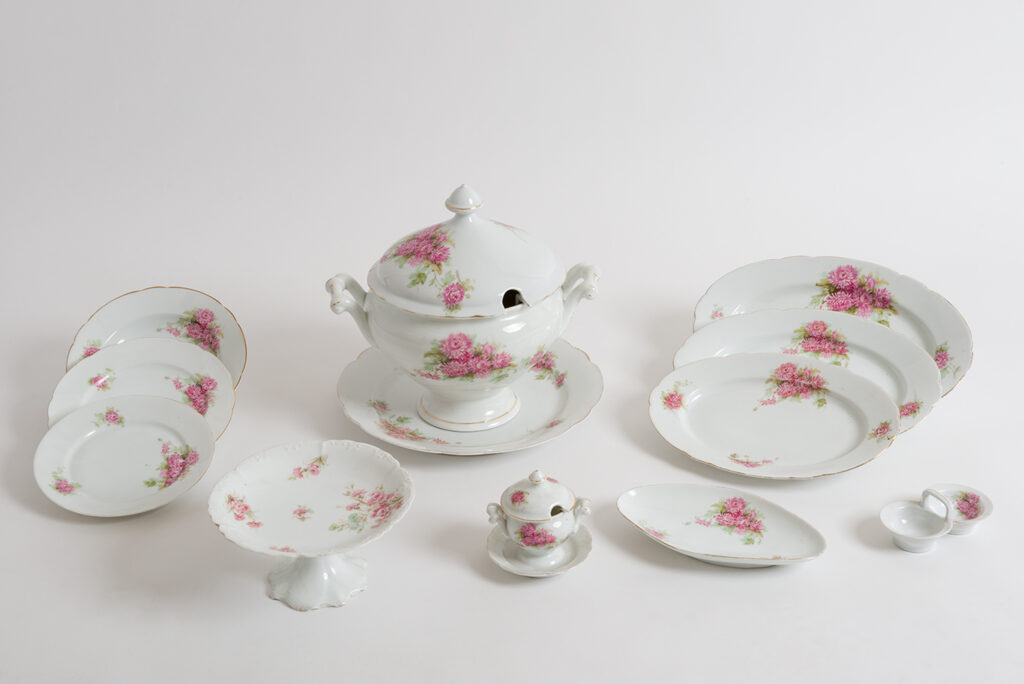 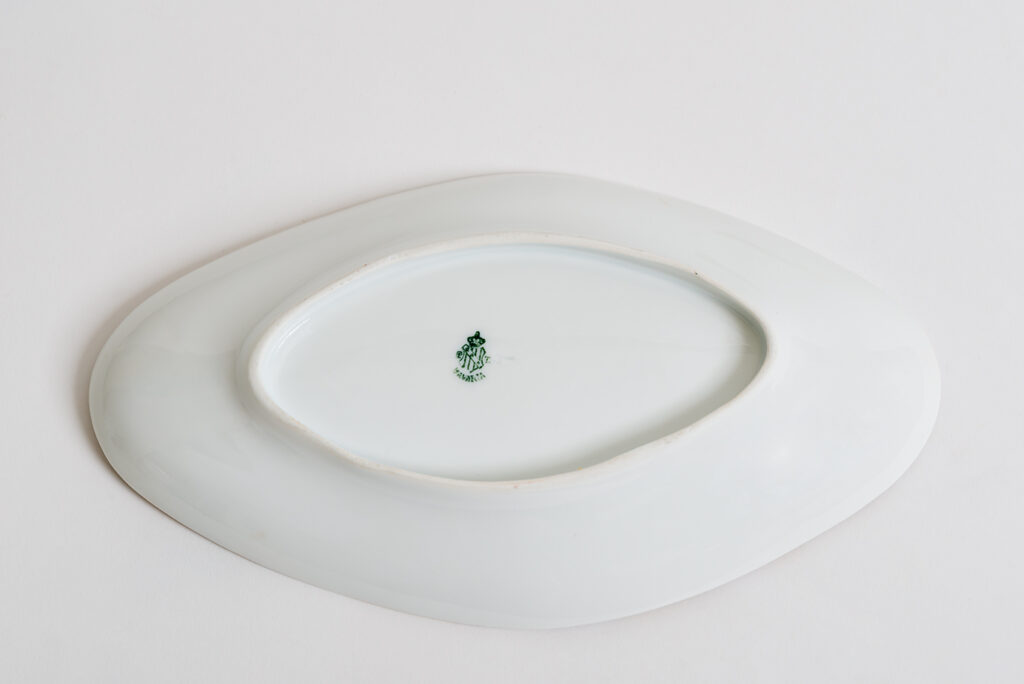 We wish to express our warmest thanks to the Folklife and Ethnological Museum of Macedonia and Thrace and to the folklorist-museologist Rena Botsiou for their contribution to our research.