Konstantinos Vosinakis lost his father at the age of ten, so he had to take on the responsibility of leading the family from a very young age. After the retreat of the Greek army, he and his family were persecuted out of Panormos and resettled in Kavala. He finished his military service and settled in Thessaloniki, where he became a trader dealing in fruit and dried nuts. He first lived in the area of Kassandros, around the corner from Alaca Imaret Mosque, but moved with his family to his wife’s family house in Kalamaria in the 1950s.

Katina’s parents, Theofilos and Pinelopi Kouvala were born and raised in Myriofyto of Eastern Thrace, where they also later got married. Theofilos Kouvalas, known as Neoklis, was born in 1877, and Pinelopi Kouvala in 1890. When they came to Greece, they brought their household items with them. They stayed in the refugee settlement of Agia Foteini at first, but soon were given a plot of land on I. Kouskoura Street where they built a single-story house. In 1927, Theofilos Kouvalas, who was probably a sailor, bought a motor sailboat named ‘Agios Dimitrios’ with his brother.

Charoula Panagiotidou has kept some of the objects brought to Greece by her mother’s family: a glass fruit bowl with a stand and raised embellishments, a glass fruit grater, and a crystal stem glass that her granddaughter uses whenever she visits. Also, a set of six, hefty, silver-plated spoons and forks which have been used for years in her household and three intricate silver dessert spoons engraved with the initials ‘P. Th.’, standing for ‘Pinelopi’ and ‘Theofilos’, probably given to Charoula’s grandparents as wedding gifts. 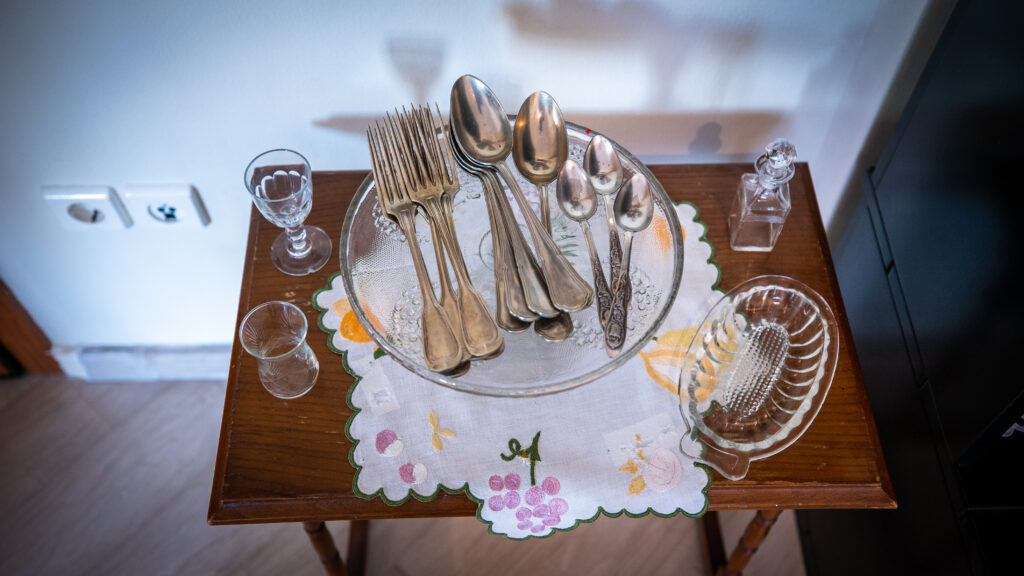 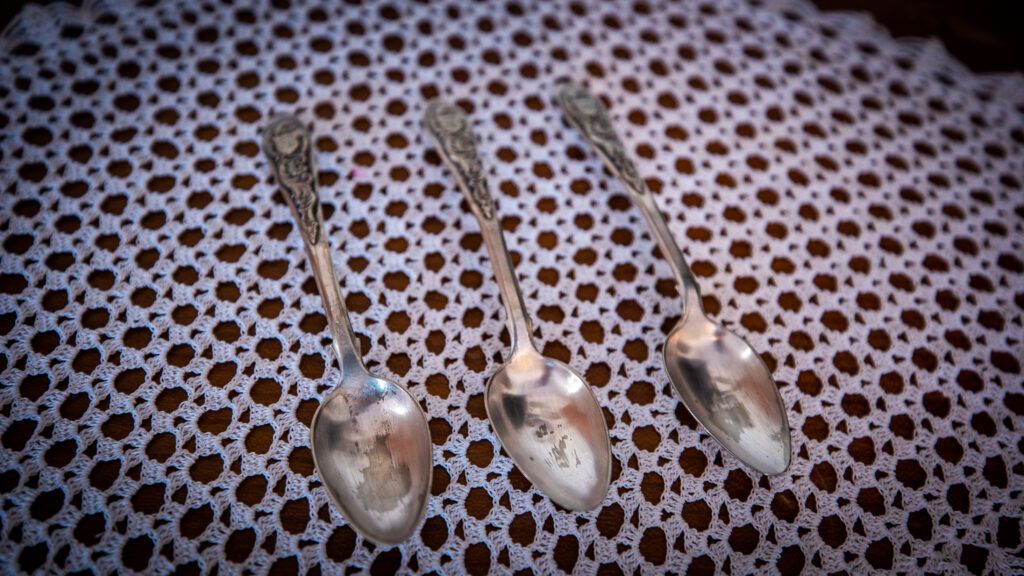 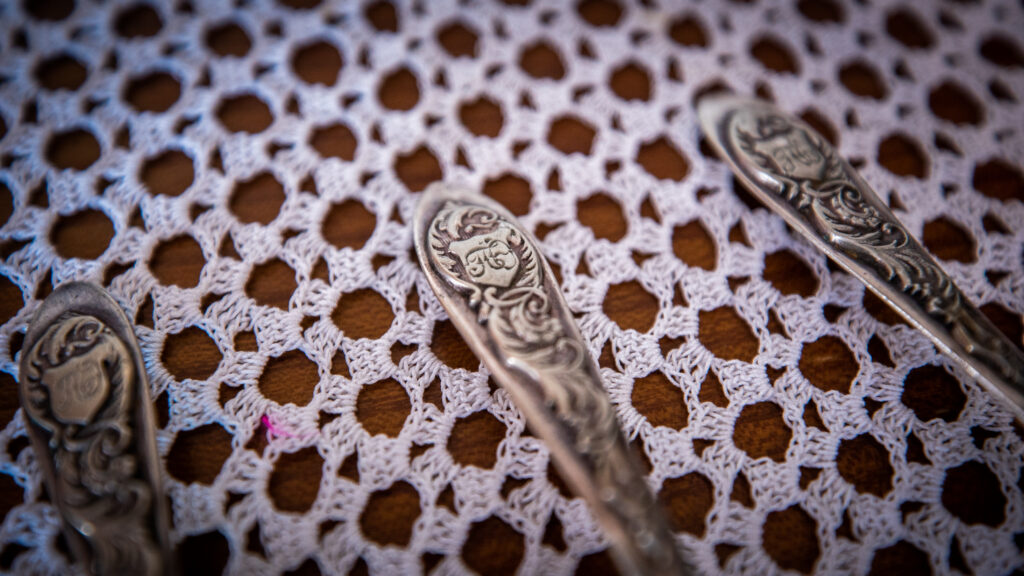 She still uses all these objects in her everyday life and shares their stories with her children and grandchildren in an effort to keep the history of her family alive and preserve the memory of the house, the village, and the life they left behind. 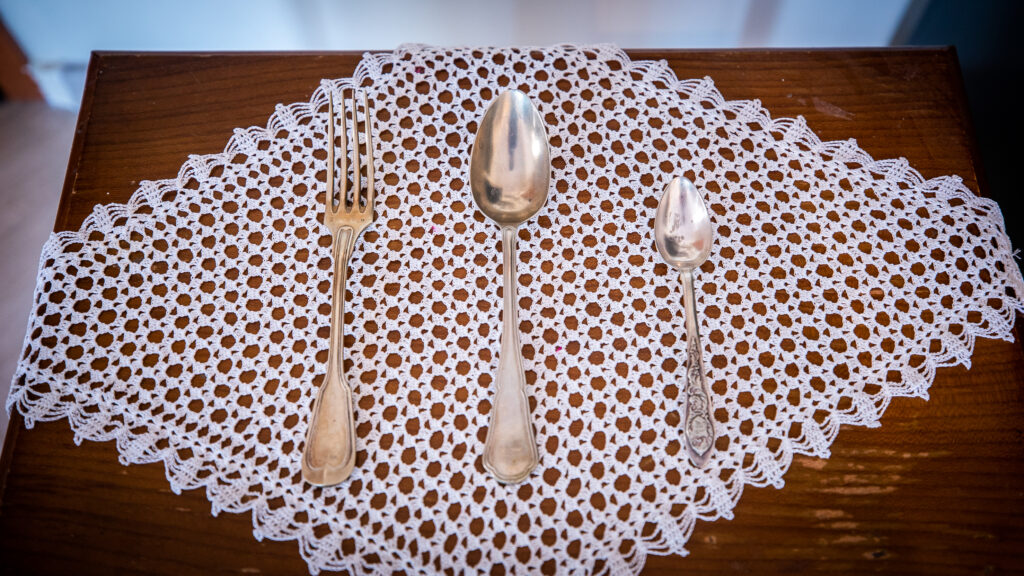 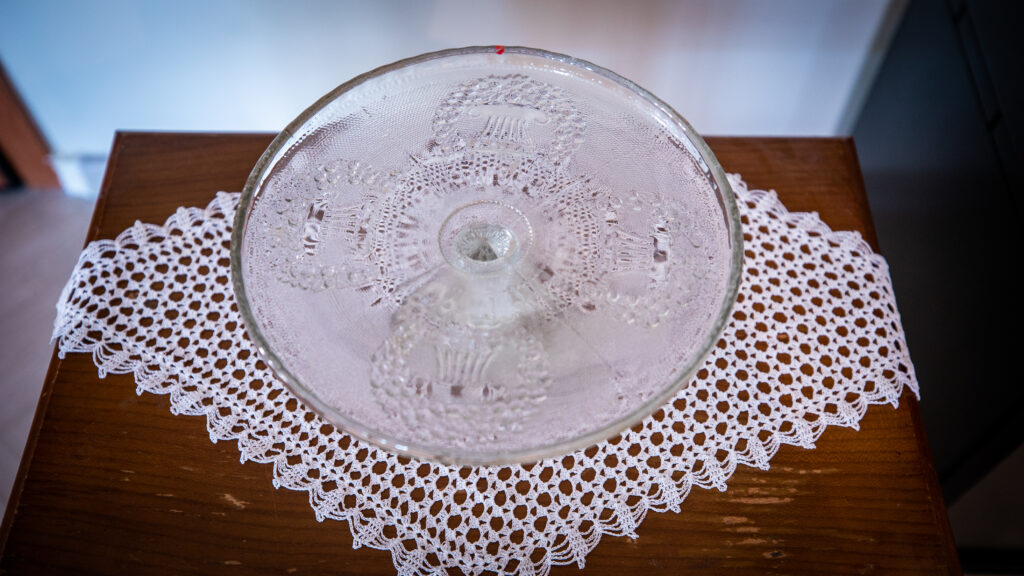 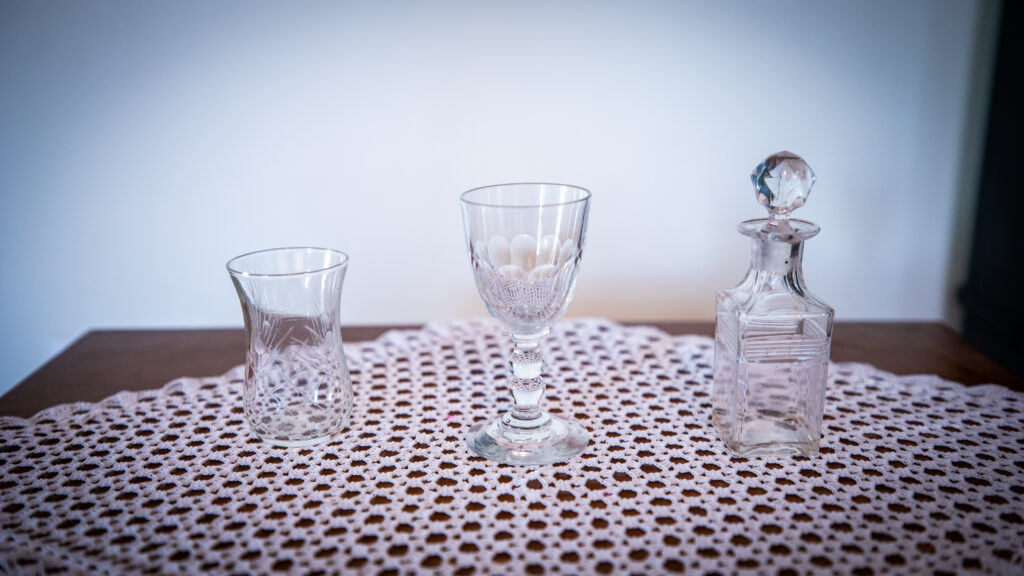