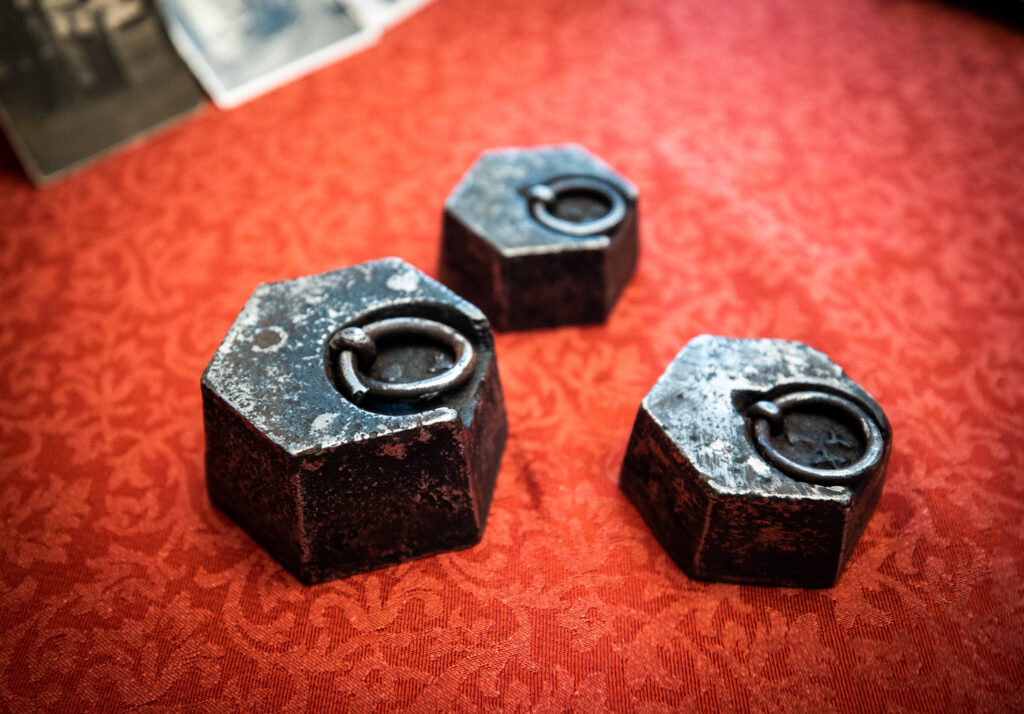 From grocery shop owner in Vatum, Pontus, to travelling greengrocer in Piraeus, Georgios Tsouchnikas and his family became refugees twice, both times carrying along their few possessions. Among them were these scale weights; important work tools, but also reminders of the shops he left behind and proof of his hope that he would be using them in his new life.

The Museum of the Pontian Women’s Association, called ‘Embroidering memory’, was inaugurated in 2005. Several of the objects in its collection came from Pontus and Russia, traversing space and time. Among them, a Singer sewing machine, first used in Trapezounta, in 1911, and then in Thessaloniki. 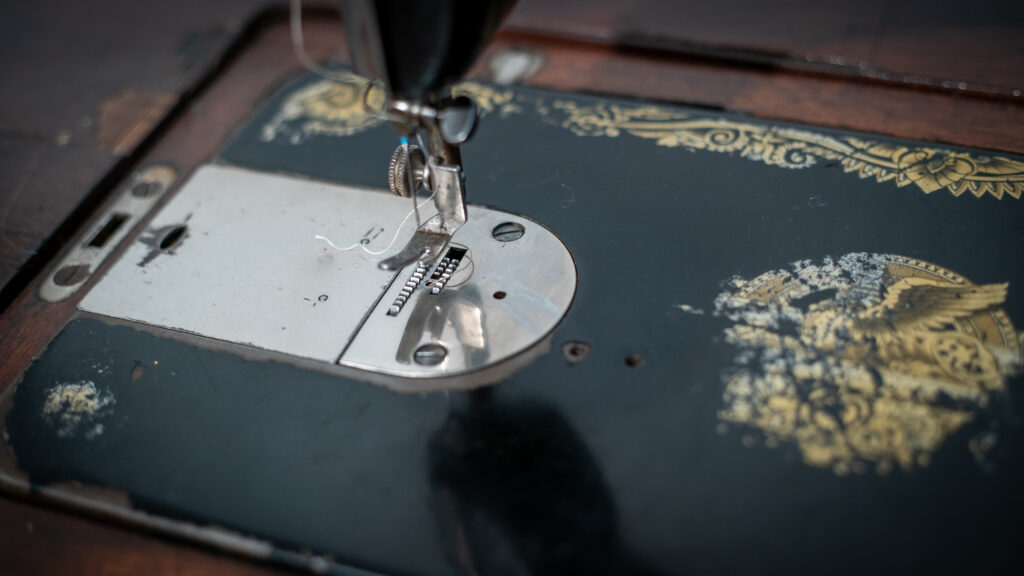 This sewing machine, which is still functional, encapsulates the entire story of the Michailidou family’s movement from Pontus to Russia and then to Greece. Anastasia Michailidou chose to carry this heavy and cumbersome object on this long journey, highlighting the practicalities and material choices that migrants have been faced with throughout history. 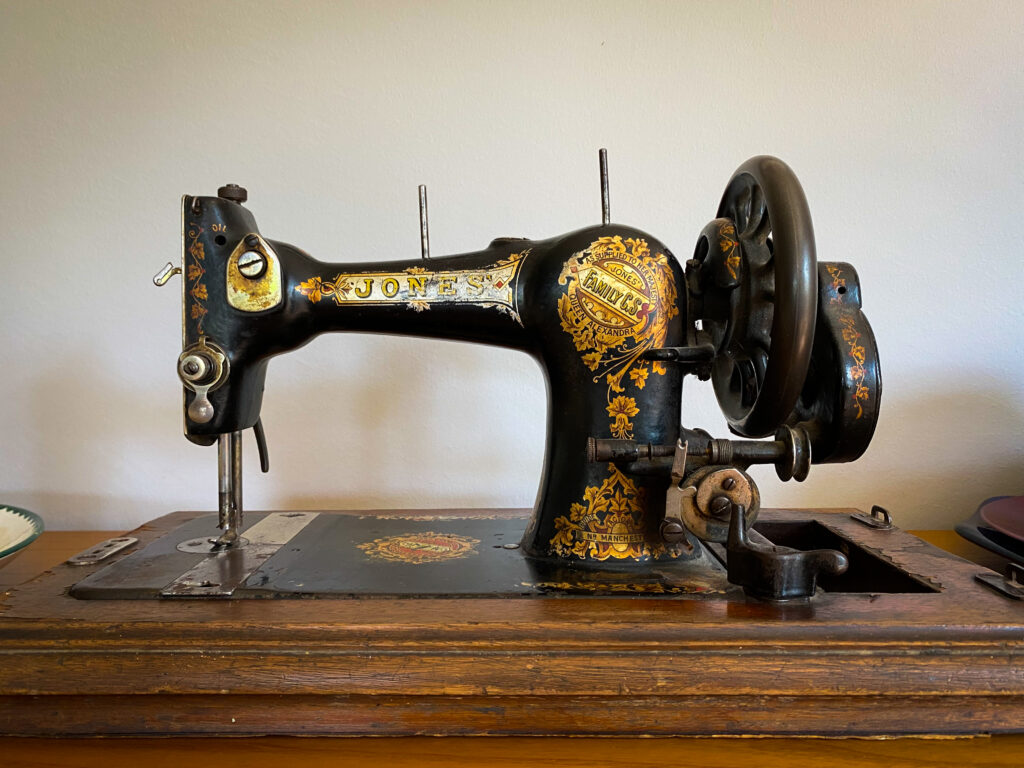 Alexandros Oustampasidis and Anastasios Polychroniadis received a special permit from the Revolutionary Government and the Ministry of Hygiene allowing them to rent a boat and sail from Thessaloniki in order to reunite the refugees originating from the wider area of Amisos and assist with their resettlement in Macedonia. During one of these trips, Anastasios Polychroniadis was finally able to reunite with his own family, his wife, and his two children and they all returned to Thessaloniki. His wife, Elisavet Alsanoglou, brought with her this sewing machine. 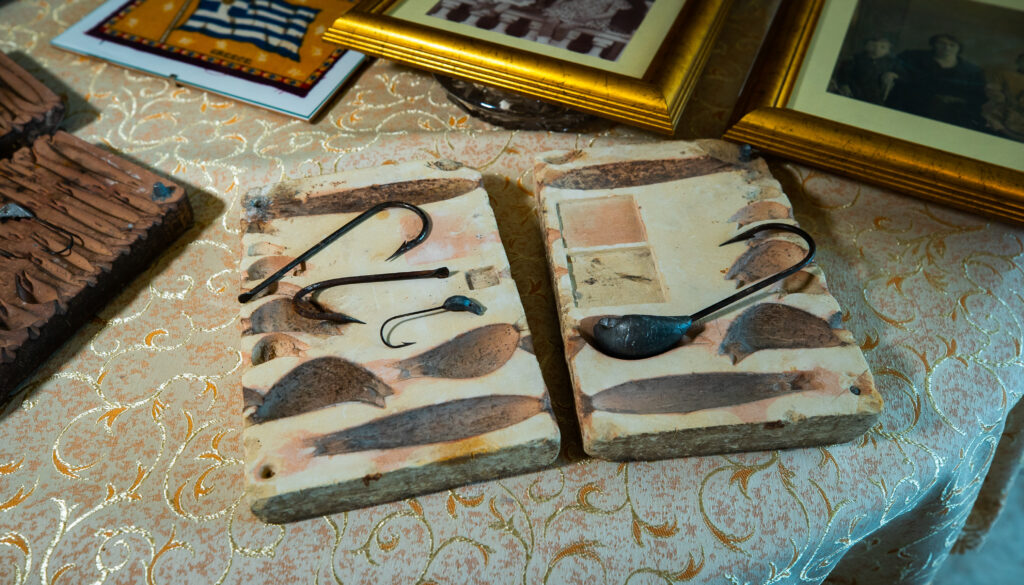 Georgios Trechas and Konstantinos Raspitsos were born at the end of the 19th century on Englezonisi, a small island in the Gulf of Smyrna with a population of around 2,500 people, mainly Christians. From a very young age, they started working as fishermen to provide for their families. Two stone moulds for fishing hooks, today in the possession of Konstantinos Trechas, Georgios’ grandson, are some of the few belongings they brought with them to Greece.